Too much can be made of ‘charisma’. Britain’s greatest peacetime Prime Minister – Clement Attlee – had none at all. Jeremy Corbyn, of course, was reckoned to be pretty deficient in this regard. That may have contributed to his defeat. Those on the other hand who are credited with most of it have very often been disasters. Boris is only the latest example.

Here in Sweden we presently have a Prime Minister who would score pretty low in most charisma tests; but who amongst you in Britain (or the USA) wouldn’t prefer his solid, straightforward honesty over the empty rhetoric, lies and tricksiness that make Johnson and Trump so apparently attractive to the poor, repressed sods who vote for them? We’re doing OK over here, thanks, with the solid ex-welder Stefan Löfven in charge. 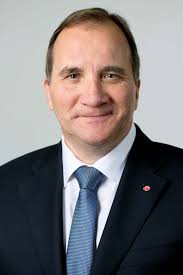