Many years ago I developed a theory about the British aristocracy. This was long before Monty Python, or Blackadder Series 3, and before I had read any PG Wodehouse; but after I had met some of them at Cambridge. (It was they who put me on to Wodehouse.)

My theory was this. They – and all their accoutrements, including the Public schools – had survived so long in Britain, while France for example was joyfully guillotining its own aristos, because of the image they had learned to cultivate of cuddly eccentricity, too dumb to do any of the rest of us any harm, and so to be worth beheading. That could have been the class inbreeding, I assumed then; but later I hit on the idea that it might in fact have been a deliberate, Machiavellian plot. Underneath the bonhomie and the apparent stupidity were devious minds intent on doing great damage to their country and to ordinary people, but concealed under this clever mask. The theory comes back to me when I regard our current – not strictly aristocratic, but pretty nobby – prime minister. No-one thought such a silly upper-class gaffe-prone clown could ever be dangerous. For one thing he wasn’t bright enough. (Learning Greek tags doesn’t make you intelligent.)

But here we are, on the verge of what could be a fundamental transformation of Britain and her constitution, cleverly thought-out in all its steps and details, under the leadership of this bobo.

Except, of course, it’s not his brains that are behind this, but the terrible Dominic Cummings’s. Boris provides the cuddly cover to what is suspected to be Cummings’s soft version of fascism. Which is why, of course, Johnson was so desperate to hold on to him after the ‘Durham’ fiasco of a few weeks ago. And despite the fact that he can’t even button his shirt up properly. 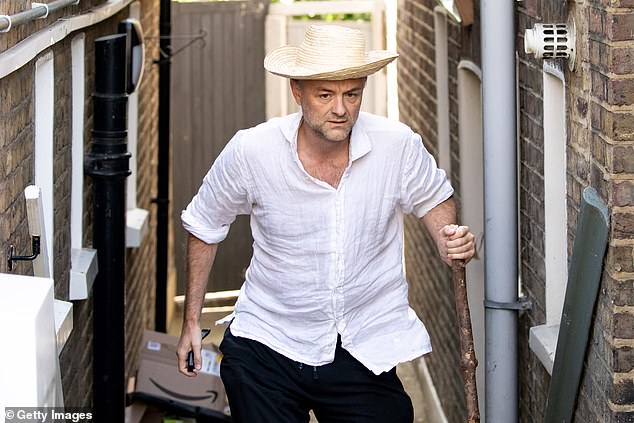