Well, eventually I did it! Managed to get away from Borisgrad (or should it be Dominicgrad?) to (relatively) sane Sweden; albeit with a bit of sacrificing-of-my-principles along the way. The hated Ryanair was the only option open to me, without travelling through London on crowded and probably virus-infected trains; with just a couple of flights a week from Stansted. I took one of those on Sunday, travelling from Hull to Stansted by taxi – only the driver to fear – hoping for the best on the plane (I found that I couldn’t after all hold my breath all the way), and being met at Skavsta Airport by Kajsa in her car. Despite our long separation she refused to let me hug her in greeting, in case I’d caught the virus on the flight. After another two weeks we may be able to touch.

I was all the more grateful to get away from England after hearing my (pleasant) driver tell me that he had intended to vote Labour in the last election until he learned about Jeremy’s ‘anti-semitism’. Only a single example, I realise, but it suggests that the vile libel may have taken hold. I shall never forgive organised  Jewry in Britain for that. Later I’ll recount the Labour party’s response to my own self-submission to it, citing my blogs, on grounds of anti-semitism. It ruled that certain statements of mine could be construed as anti-semitic, including my repeated assertions that they were not; but that they weren’t quite bad enough to merit my expulsion.

But I may resign anyway; certainly if they expel Corbyn. I’ll continue voting Labour, but no longer want to be proudly associated with it. If only there were an alternative. (Attlee’s party would have done.)

There’ll be more commentary when I’ve settled into our island retreat, and finished a couple of boring bits of work, copy-checking. Here’s the picture on my phone that kept me hopeful and sane during our months of enforced separation. (It’s taken from the back of our stuga.) ‘Where is my Engelsman?’ 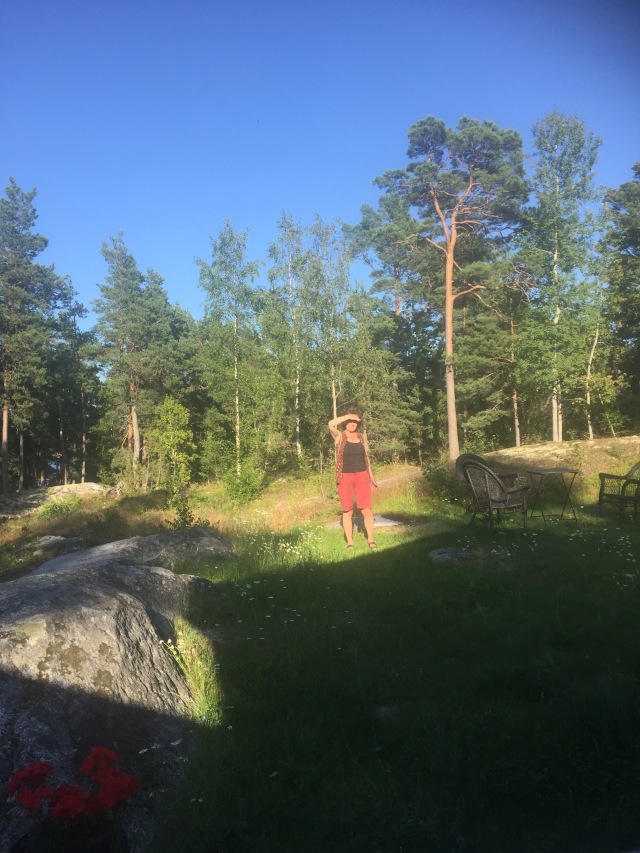